Chenesssa McGraw: You will start unknown and finish unforgettable. 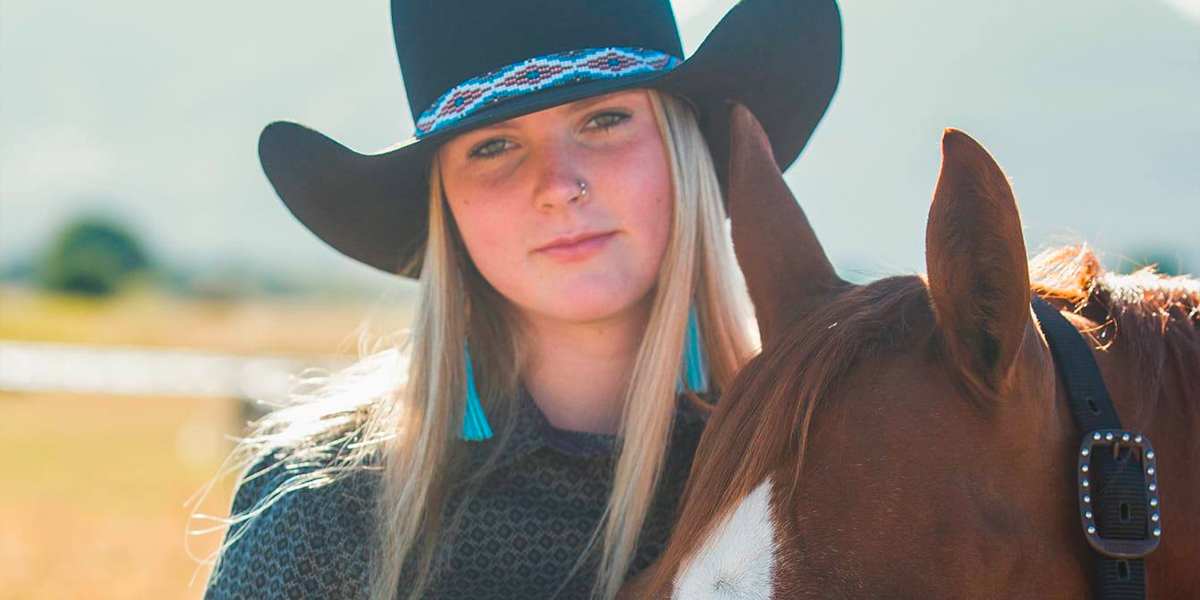 When you open Chenessa McGraw’s Facebook page, that’s the message you’ll read, a phrase that she calls her favorite. After finishing second on the leaderboard for the Women’s Rodeo World Championships (WRWC) in barrel racing, McGraw is on her way to becoming a living embodiment of the statement.

Presented by the World Champion’s Rodeo Alliance (WCRA) and Professional Bull Riders (PBR), the inaugural WRWC is a ground breaking, women’s only rodeo event slated to pay out $750,000 to women competing in barrel racing, team roping and breakaway roping. The winners will take home some of the largest checks ever given to women in rodeo—$60,000 for each discipline including equal money for both headers and heelers in the team roping.

With so much money on the line, the race to finish atop the WCRA leaderboards was fierce and loaded with some of the biggest names in rodeo—World Champions, qualifiers to the Wrangler National Finals Rodeo (WNFR), past winners from the biggest events on the rodeo calendar.

McGraw was undaunted by the level of competition. In fact, the Montana teenager dove headlong into it.

At just sixteen, McGraw took up the sport at an early age, riding her mother, Cheressa Parke’s cutting horses in the beginning.

“When I was three, a neighbor of ours took her daughter and I to a gymkhana, gaming type event,” said McGraw. She immediately fell in love with the speed events, eventually moving to just barrel racing. “My mom was a cutter but quit when I was young and I rode her cutting horses until I was about 12.”

“The cutters raised me.”

Saying she fell in love with barrel racing, McGraw made do with the cow-bred horses she had access to before finding her special horse, City Boy.

Registered as The Flit to Kill For with the American Quarter Horse Association (AQHA), City Boy wasn’t a finished barrel horse when he landed in McGraw’s hands but he was what her family could afford.

“We didn’t have the bank account to buy a horse who was already seasoned,” she said. So, at the ripe old age of 12, McGraw took on the task of teaching the green horse about hauling to different arenas and trying to get him consistent and solid.

“It was miserable,” admitted McGraw. “For three years, there were lots of struggles.”

McGraw recalls days when the headstrong horse would run into the arena and throw his head up, running straight up the fence and completely ignoring the barrels that he was supposed to be turning. City Boy had been through a lot of adversity, he had been in a trailer accident and had also battled ulcers.

Fixing those issues and finding the right way to push the horse’s buttons helped set the duo on the path to success.

“We finally bonded and worked through our differences,” said McGraw. She said she got a lot of help from her local barrel racing community but cited the help of one of the sport’s biggest names for helping her turn the corner with City Boy.

“The lady who turned it around for us, when I was ready to give up on this horse, was Charmayne James,” said McGraw. James holds the record for World Championships in barrel racing in the Women’s Pro Rodeo Association (WPRA) with 11 titles. She is now a renowned clinician. “I rode with her at one of her clinics and she helped me change my style.”

Used to cow horses who generally required a very aggressive ride from the jockey to get all the speed needed to win, McGraw hadn’t made the adjustment for City Boy’s racing bloodlines and free running style.

With a change in her approach, things began to fall in line for McGraw. In May 2020 the pair nearly set an arena record at a race. A few weeks later, they competed in Salina, Utah, winning two rounds of tough competition. The next weekend, she was inside the top 10 at the Xtreme Millions race, running neck and neck with Wrangler NFR qualifiers Wenda Johnson and Jessie Telford amongst others. She also captured the championship for the Montana Barrel Horse Association.

Forgoing youth rodeo competition, McGraw got interested in the WCRA and its major events. Originally taking aim at the Days of ’47 Cowboy Games in Salt Lake, which was forced to cancel amid COVID-19 restrictions, McGraw then earned a position at the Stampede at the E in Guthrie, Oklahoma in August.

“We decided not to go to Guthrie as City Boy doesn’t handle the heat that well so we restarted,” said McGraw. The new goal was the Women’s Rodeo World Championships.

“We got to the top four so then we just gunned for it,” noted McGraw. McGraw helps her mother run the 5C Event Center in Corvalis, Montana but chasing down her goal required a lot of long drives including to Utah and Las Vegas, Nevada.

City Boy did his part.

“We hit every race we could and he showed up every time to work.”

“It’s pretty amazing to be second,” said McGraw. “My hometown is pretty excited.”

McGraw earned 1625.5 points through events she nominated using the WCRA’s Virtual Rodeo Qualifier (VRQ). She finished just 43 points behind Hallie Hanssen, a horse trainer and competitor with more than $1 million in earnings, and beat out such super stars of the sport as two-time World Champion Brittany Pozzi Tonozzi, who enters the 2020 Wrangler National Finals Rodeo (WNFR), her 14th, ranked first in the Women’s Pro Rodeo Association (WPRA) World standings and Maggie Poloncic, the Silver Medalist at the 2019 Days of ’47.

Finishing high on the leaderboard is a big deal — the top 4 advance directly to the Main Event at the WRWC, held in Fort Worth at the Will Rogers Memorial Center November 12. McGraw gets to bypass the numerous qualifying rounds through which her fellow competitors will have to battle to get to the Finals, which will be held in conjunction with the PBR World Finals at AT&T Stadium in Arlington, Texas November 13-15.

“I’ve never been in either arena but I’ve heard lots of good things,” said McGraw. “City Boy likes getting pumped up with loud music . . .  I love it too. I can’t stand it when it’s so quiet. It’s boring.”

There’s no chance of a quiet house as competitors lay it on the line to win big and make history. McGraw is ready and has only great things to say about her equine partner now.

“He really is a sweet boy and has overcome a lot. He’s got some wheels and likes to run,” she said. “He’s it. He’s quite the rockstar to me.”

As for being the unknown in a field of barrel racers, McGraw goes back to her favorite saying and a moment this summer that made her smile.

“After my run in Salina, as I was leaving the arena, the announcer said, ‘remember that name, you’ll be hearing it more!’”